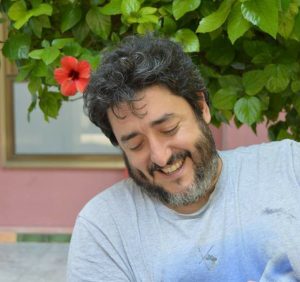 The pan-European fertigation best practice project, FERTINNOWA, was saddened to hear the news this week that Rafael Granell Ruiz tragically died in an accident in Valencia. Rafael previously worked at the Valencian Institute of Agricultural Research (IVIA), Valencia, Spain, where he studied water and nutrient processes in crops following his doctorate at the same institute. More recently, Rafael had spells working for the FERTINNOWA project.

“It was a real privilege to have Rafael as part of the FERTINNOWA team. He played a crucial role in the processing and writing of the growers’ benchmark study that will become one of FERTINNOWA’s most important outcomes,” commented FERTINNOWA Project Leader Els Berckmoes. “Since its inception, Rafael was a key support to us, with new ideas and a great ability to help us out with our statistical challenges. Crucially, he also firmly believed in the importance of a thematic network like FERTINNOWA.”

The FERTINNOWA team are extremely thankful for the major efforts Rafael made to the project and even more for the opportunity they had to work with this warm and driven person – we will always remember the long working hours with Rafa being made all the more enjoyable with his smiles and great sense of humour.

On behalf of the FERTINNOWA consortium, we would like to express our heartfelt condolences to the family, friends and colleagues of Rafael – he will be missed for sure.

4 thoughts on “Rafael Granell Ruiz: A loss to irrigation best-practice”

Please note that the FERTINNOWA project ended in 2018 and this website is not being updated.