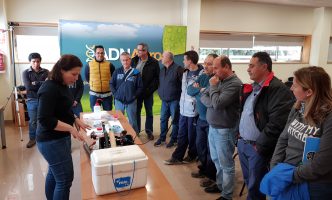 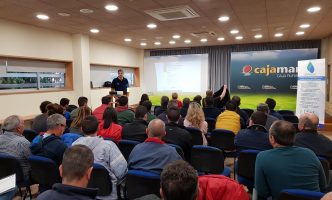 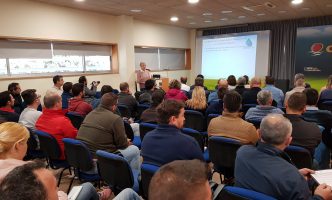 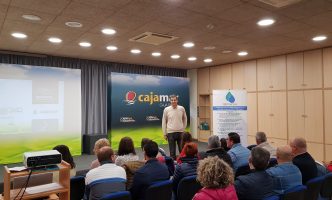 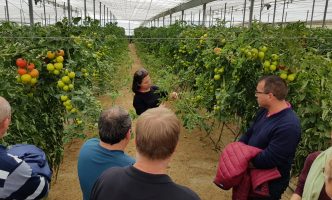 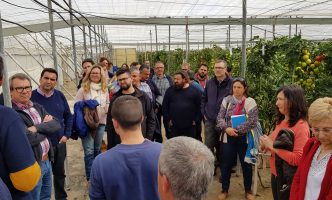 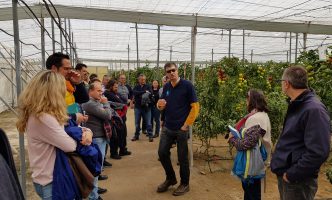 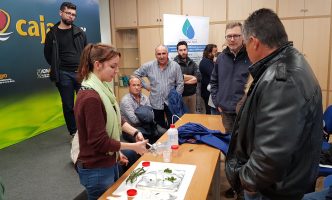 Two showcases were organised by the Cajamar Foundation and the University of Almería during March 2018. The first event was for growers and advisors of UNICA group, one of the biggest cooperatives in Almería, which collaborated with the demonstration trial with tomato. The second event was open to other growers and advisors. Each showcase event consisted of the following. After an explanation of the FERTINNOWA project, there were several short presentations about the technologies selected for the improvement of water and nutrient use efficiency and the reduction of nitrate leaching in soil-grown vegetable crops.  These were about tensiometers, the VegSyst-DSS decision support system, soil solution suction cups, sap analysis, and on-farm quick test equipment. Another presentation reported results from the demonstration trials being carried out. Additionally, a final presentation in the second showcase event presented results, from Almería, of a survey done in commercial farms for the FERTINNOWA project as part of a collective consultation. In each showcase event, there was also a demonstration session of the use of quick test measurement equipment (calibration and measurement) with nutrient solutions and plant sap and a visit to the demonstration trials.

Participants were interested in how to optimally use the different devices. The following issues were dealt with:

– Installation of tensiometers to achieve optimal contact with the soil.
– Target values of matric potential for the activation of the irrigation depending on the soil texture.
– Differences between electrotensiometers and tensiometers with magnet.
– Threshold values of electrical conductivity in the soil solution extracted by suction cups.
– Differences between the solution extracted by suction cups, that obtained in a lysimeter and the saturation extract determined in a laboratory.
– Interpretation of the ion concentration data obtained by using suction cups.
– Reliability of quick analysis multi-ion sensors.
– Cost of the devices

Other issues were the followings:

– Optimal irrigation volume and frequency when using non-optimal quality water.
– Optimisation of the fertigation management to avoid salt accumulation and minimise nitrate leaching.
– Water requirement for salt washing at the end of the crop.
– Adjustment of the ion concentration to be supplied in the nutrient solution in relation to the water requirement.
– Influence of dripper flow on the movement of water in the soil.

The list of the talks can be found below: